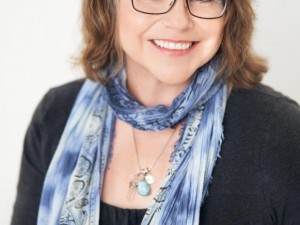 Hello again, and happy spring – this time officially! I know that technically it’s April, but we haven’t sent our March issue yet, so here it is today. It’s not an April Fool’s joke, it is the March RAS Report coming to you in April...

Highwater Press, an imprint of Portage & Main Press, is pleased to announce the release of Stone, the first book in the graphic novel series called 7 Generations, by author David Robertson and artist Scott Henderson. 7 Generations is an epic four-part graphic novel series that spans three centuries of one Aboriginal family. The first book, Stone, will be launched at Chapters in Winnipeg on April 15. www.highwaterpress.com

The enchanting new album from Sheena Grobb is hitting the streets April 6. Grow is a much anticipated release, and will be celebrated at a Winnipeg CD release party on Thursday, April 8, at the Park Theatre. Sheena will entertain with her band and some very special guests. www.sheenagrobb.com

The 2010 Aboriginal Peoples Choice Music Awards, which take place in Winnipeg November 4 and 5, have just announced their call for submissions. Entries are wanted from across Canada, and the deadline for submissions is June 30. The official entry form is available online at the APCMA website. www.aboriginalpeoplechoice.com

The CBC Winnipeg Comedy Festival television series has been nominated for a coveted Golden Sheaf Award at this year’s Yorkton Film Festival – the longest running festival of its kind in North America. The episode titled Queer As Jokes received nomination in the Best Comedy category. The television series is produced by Frantic Films, by producers Jamie Brown and Shawn Watson. www.franticfilms.com

Two athletes from the Winnipeg Rowing Club have been invited to train with Canada’s national rowing teams. Emily Cameron will be going east to London, Ontario, to train with the women, while Kevin Kowalyk will travel west to Victoria to train with the men. Good luck Kevin and Emily! www.winnipegrowingclub.ca

Speaking of rowing… an early spring melt in Winnipeg means the Winnipeg Rowing Club will be back on the water very soon. WRC offers learn-to-row sessions for all ages, and registration information is now available online. Learn-to-row sessions start in May, and a public open house is also being planned. Make this the summer you fall in love with the sport of rowing! www.winnipegrowingclub.ca

We’re pleased to announce a new online home for RoseAnna Schick's freelance writing. Visit www.ras-freelance.com for stories about travel, healthy living, and learning to play hockey at the ripe old age of… old… You can also sign up for travel tweets on Twitter.

It’s a busy time for speaking… RoseAnna was invited to speak on a ‘risk-takers’ panel in February, put on by Canadian Women in Communications. Also in February, ACI Manitoba asked RoseAnna to deliver and moderate a ‘lunch-and-learn’ panel called Promotion Through Publicity. In March, she was asked to moderate a session called Aboriginal Music & Media Forum, for Manitoba Music’s Aboriginal Music Program. Next up in April, RoseAnna will travel to Thief River Falls, Minnesota, to deliver a workshop at a tourism conference.

Got something due tomorrow?? Well, tomorrow is Good Friday, and most offices will be closed. So if you don’t actually get done today what is due tomorrow, you probably won’t hear about it until at least Monday. Better yet, you may not even hear about it until Tuesday, because there is also a chance the other office might be closed on Easter Monday, too. So go ahead and start your long weekend early! Nobody will mind…

If you’re a client of RAS Creative with news to share, send your update to include in next month’s RAS Report. If you’re not a client yet, we’d love you to be! Contact us to find out how RAS Creative can help make YOUR ideas happen…