About the Indigenous Music Development Program

The Indigenous Music Development Program (IMDP) at Manitoba Music was launched in 2004 to support First Nation, Métis, and Inuit artists and music companies as they build sustainable careers in Manitoba’s music industry. The program delivers projects and services that respond to the needs of the industry as identified by a steering committee.

Vision
IMDP is recognized both at home and abroad as the driving force behind a vibrant Indigenous music community in Manitoba.

Mission
To assist people in the Indigenous community in Manitoba to develop sustainable careers in music by connecting them with opportunities within Manitoba Music and beyond.

The IMDP Steering Committee includes indigenous people involved in Manitoba’s music industry. The committee receives reports about the program and ensures that it responds to the needs of Indigenous artists and industry. The committee advises staff on project delivery and on the industry itself, foregrounding trends and key issues as they arise. The Indigenous Music Development Program Steering Committee members are 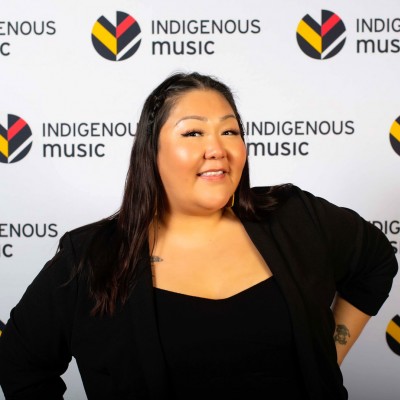 Shaneen Robinson-Desjarlais is a multi-award-winning former journalist/broadcaster who’s been on Canada’s media scene for two decades. Over the years she’s worked at CTV News Winnipeg where her stories have aired on CTV Newsnet/News Channel, CTV National News, and CNN. She also worked for many years as a correspondent at APTN National News and garnered attention for her award-winning series about The Sacred Sundance. She is very proud of her final work with the network, Breaching the Sacred—a 22-minute piece showcasing the tragic reality of Indigenous women living with addictions and using while pregnant. She was honoured to win first place for the Canadian Aboriginal Writing Challenge in 2008 for her play, Notay Kiskintamowin “Wanting to Know”, the same year she was named a National Aboriginal Role Model by the Governor General of Canada and graduated from the University of Winnipeg where she has been recognized as Notable Alumni and founded the Indigenous Course Requirement.

Shaneen is well known across the country and abroad and is dedicated to promoting Indigenous talent. A highly sought master of ceremonies, event planner, promoter, writer, advocate, volunteer, marriage commissioner and speaker, Shaneen loves to keep busy in the community and has sat on many boards including Cancer Care Manitoba, and Canadian Blood Services. She is proud to currently sit on the board of directors for The Canadian Folk Music Awards and on the Board of Bear Clan Patrol Inc. Shaneen has showcased Indigenous artists and their music throughout her career and is proud to be the Indigenous Music Development Coordinator for Manitoba Music. She aspires to continue working with Indigenous Elders, youth, women, and artists and continue to share information that should be of importance to all Canadians. Shaneen’s most important role in life is at home with her husband Martin and their three sons-Sampson, Marrick and Miller.