Recording Artists from Across Canada to Participate in Virtual Residency to Develop Business and Artistic Expertise, Presented by Indigenous Music Development Program and Canada Council for the Arts

The Anishinaabeg Gaa-Wiid-Anokiiwad Chi-Gidochigewad Indigenous Music Residency (IMR) celebrates its 11th edition this year with a special programming focus on career development and music production for Indigenous women and gender diverse people from across Canada.

Led by the Indigenous Music Development Program (IMDP) at Manitoba Music, IMR is a five-day virtual residency for First Nation, Métis, and Inuit recording artists offering mentorship, advice, feedback, direction, and inspiration from industry professionals and experts. This year’s programming includes business and artistic development sessions on topics critical to any career in music, as well as opportunities to connect one-on-one with mentors about their music or business strategies.

Anishinaabeg Gaa-Wiid-Anokiiwad Chi-Gidochigewad means “People Who Work Together to Learn Music'' in Anishinaabemowin, has been shared by Gina Nepinak from Pine Creek First Nation.

The Indigenous Music Residency is an initiative of the Indigenous Music Development Program at Manitoba Music, which was launched in 2004 to help artists and music entrepreneurs that identify as First Nation, Metis, and/or Inuit develop sustainable careers in the music industry in Manitoba.

Manitoba Music would like to acknowledge the financial support of the Canada Council for the Arts; FACTOR, the Government of Canada and of Canada’s private radio broadcasters; the Province of Manitoba, the Manitoba Arts Council, and Manitoba Film & Music. 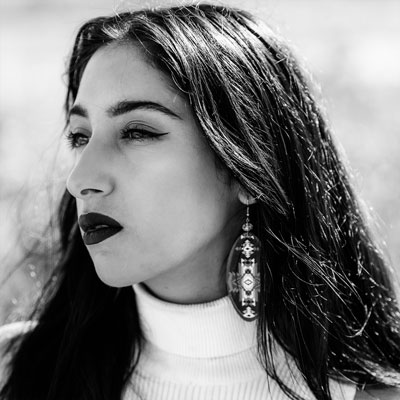 Metis-Cree Emerging Country Artist originally from Red Deer, Ab. She currently calls Calgary her home. Ashley was born into a family of singers and songwriters and at an early age was heavily influenced by her family and their love of music. At the tender age of 8 years old, Ashley began writing and singing her own songs. She knew then that music was her calling, blazing the trail to where she is now. Growing up, her inspiration by artists such as Miranda Lambert, Sara Evans, The Chicks, and 90s country sound helped to carve her honest, down to earth lyrics and writing style with an early 2000s country feel. Often being compared to a mix of Miranda Lambert and Carrie Underwood. Ashley’s unique singing style ranges from rowdy and sensitive to light and soothing with a melodic twang. A natural storyteller, Ashley’s music connects with her listeners at a deeper level of meaning and healing, while staying true to her country soul.

Born and raised in Winnipeg, Manitoba, educated at Belmont University in Nashville and touring internationally, singer-songwriter Ashley Robertson is a hard working artist with an impressive amount of acclaim for her brand of genre-bending country music. Ashley's most recent single "How Are You My Love" is regularly featured on SiriusXM with the compilation album We Canada Walk, a fundraising and awareness campaign for Missing & Murdered Indigenous Women. She also received Indigenous Artist of the Year at the 2016 Manitoba Country Music Awards and is prepping a new album for release next year. 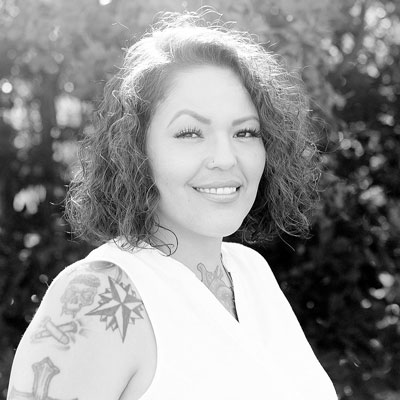 Beatrice Love is Plains Cree from Treaty 8. Her album, “On The Road to Nowhere”, is her testimony in music form. Her album is a powerful narrative of her life story. The album focuses on bringing the darkness to the light, healing and owning her truth. As a reborn Christian, Beatrice identifies and believes in the Power of Hope, Deliverance and Redemption. Her Faith carries and sustains her through her healing journey of growing up Indigneous. Beatrice keeps what she’s learned by offering it to others through Performing, Storytelling and Facilitating Workshops. 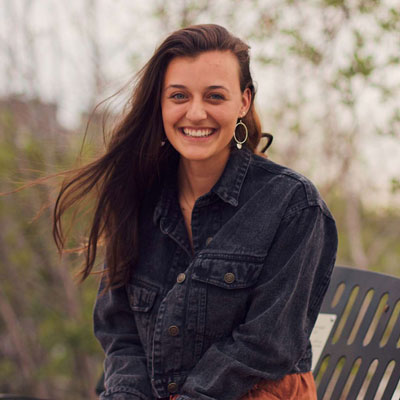 Born and raised in Yellowknife, Northwest Territories, Métis artist Grace Clark has had a passion for music since the age of 3 when she began playing piano. At age 7, Grace picked up the fiddle and quickly immersed herself in the northern performing arts community. She taught herself guitar in high school, and has since blossomed into the singer & songwriter we know today.
​​
At just 21 years old, Grace has released her first single ‘Untouchable’ in June of 2020, followed by a live EP in June of 2021, and has since joined Yellowknife recording label 'One North Recordings', where she has been collaborating with other northern musicians and producers. Grace’s voice is what drives her the most, and you will surely see this growing artist paving her own path in the music industry." 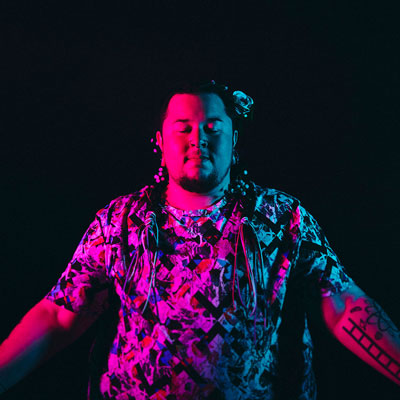 G.R. Gritt is a Juno Award winning, Two-Spirit, Transgender, Anishinaabe, and Métis artist. They're a NOMFA winner and nominee, for Outstanding Album by an Indigenous Artist, and Outstanding Engineer, respectively. Their song “Ancestors'' was featured on Sirius XM Indigiverse's Top 20 countdown for 2021, they were nominated for 2 SSIMA Awards, and won FMO’s “Songs from the Heart” Award. Gritt reclaims space through songs that show that intersectional identity is expansive and not to be divided into parts. They create both intimate and anthemic music that would fit in a folk club, a dance club and anywhere in between. 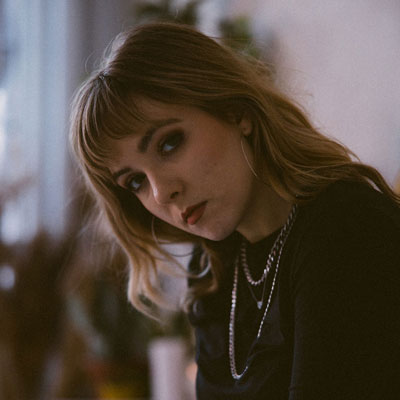 Toronto-based Metis pop songstress, Indigo, is serving up ear-candy for the fierce hearted with her distinct voice and addictive hooks. Growing up with the voices of The Spice Girls, Britney Spears, Madonna and Christina Aguilera, Indigo used those early powerful female influences to anchor her craft. Melding her DNA of pop with her love of hip hop and R&B, Indigo finds balance between cheeky lines, heavy dance beats and rhythmic delivery. Indigo is currently wrapping up the finishing touches on a saucy forthcoming debut EP. 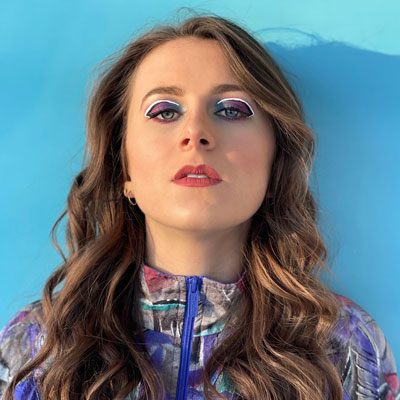 A vibrant presence with a voice like velvet, indie pop singer/songwriter Kaeley Jade weaves lush imagery and hooky melodic lines to craft music that is both poignant and playful. A Summer Solstice Indigenous Music Award nominee, Kaeley has performed on stages across Canada including the Taste of Edmonton, Tkaronto Music Festival and Edmonton’s Indigenous Peoples Festival. Reminiscent of artists like Maggie Rogers and The Lumineers, her music has received radio play across North America, has been added to major playlists across streaming giants, and has been placed in several film and television productions. 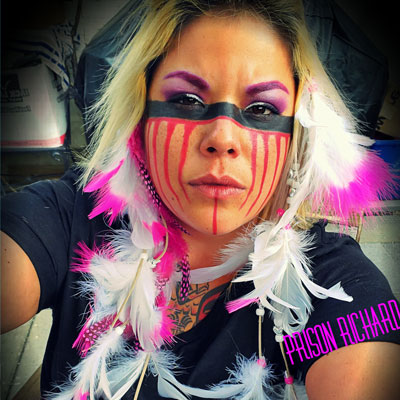 Kristen McKay has an edgy and raspy vocal ability that captivates audiences. Kristen has been playing guitar and singing since she was a teen. Kristen’s a self-taught musician whose original songs come from her heart and soul. Kristen writes songs about Women and Empowerment, with a cultural influence to her Indigenous background. Kristen has written songs in honour of MMIW, and the healing journey. Kristen’s music has been compared to Sheryl Crow and Joan Jett. Kristen has also a visual essence with her brilliant stage make up that speaks of influences of her written lyrics. Kristen is the lead singer of a popular Country Rock Alternative Folk band, Prison Richard Band. In February 2020 Prison Richard recorded their first single at Grassroots Sound Studio titled A Girl I Used to Know. Prison Richard Band has played at fundraisers in Winnipeg for Cancer Care, Brain Cancer and for the newly opened Tina Fontaine Drop In Centre. Kristen has performed as part of the Indigenous Artist Development Program, October 2019. 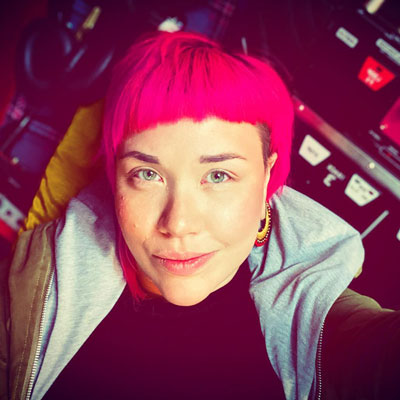 Ms.PAN!K is a hands on Indie artist & entrepreneur. Bell Media Prize winner in 2018, Ms.PAN!K was chosen to attend Canada's Music Incubator Artist Entrepreneur Program learning the behind the scenes of the Canadian Music Industry; she has headlined many festival stages across BC; sharing stages with Ferron, SNRK, Irish Mythen, Old Soul Rebel, Kimmortal, The Della Kit (FKA. Erica Dee) and showcased in New Orleans Louisiana at the International Indigenous Music Summit in 2020! 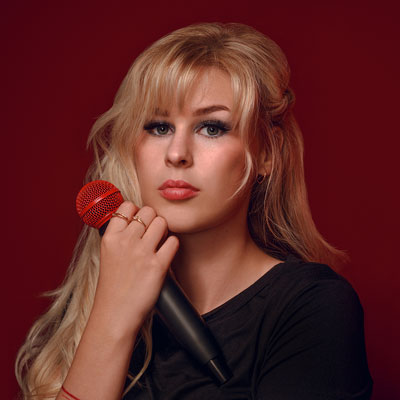 Robin Cisek is a Metis electro-pop Musician from Edmonton, Alberta. Her first releases were developed with the guidance of grammy-winning producers in NYC. Since her first release, Robin has been on the Indigenous Music Countdown four times. “Waiting on You” claimed the #1 spot and remained on the top 40 for 24 weeks consecutively. With her Freshman album, called "Delicate Minds" Robin created a cohesive project that discusses aspects of mental health. The album received praise from a number of media outlets. Recently, Robin was chosen as 1 of 7 artists to participate in the Indigenous Music Accelerator.