The sixth installment of the Aboriginal Music Performers Camp (AMP Camp) is in the books. The week included discussions about festivals, music placements, marketing, touring, conferencing, and radio along with a number of workshops to help the participants improve their songwriting, musicianship, and performances skills. The participants made the trip to the Falcon Trails Resort from Newfoundland, Quebec, Ontario, northern Manitoba, Saskatchewan, Alberta, and British Columbia and the instructors brought close to 300 years of music industry experience to the table.

“I didn't know what to expect being a first time participant,” says Nick Sherman, a participant from Sioux Lookout in Northwestern Ontario. “In retrospect, I don't think there was any way to prepare for the amount of information that I would take in, amazing sense of family I would feel, and relationships that would develop so quickly. I was told that AMP camp would light a fire in you and it certainly did just that.”

“AMP Camp was an opportunity unlike any I've had before. Not only did it provide me with professional tools and access to the best of the best in musical support, marketing gurus and advice from festival organizers, but it also inspired me to step into my place as a strong Aboriginal artist in the ever growing Canadian sphere,” says Moe Clark. “Now I have a community of other like-minded musicians, all highly qualified and diverse in their talents, that I can call family."

There was a lot of information flying around. Here's a taste of some of the main points identified in each of the business discussions at AMP Camp 2012. 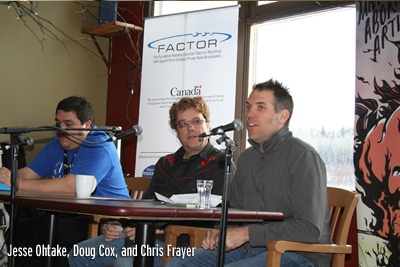 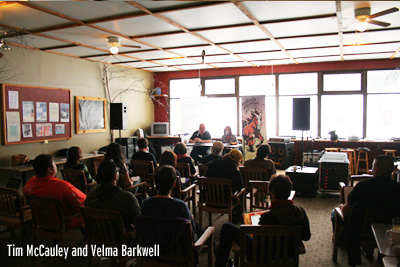 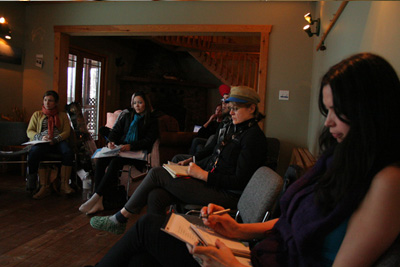 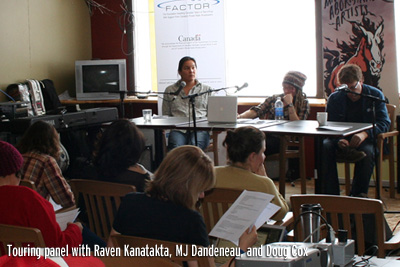 Check out the photos from some of the break-out sessions below. 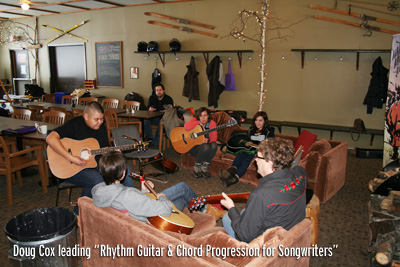 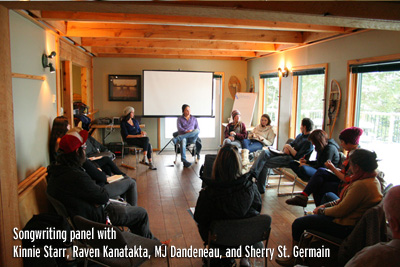 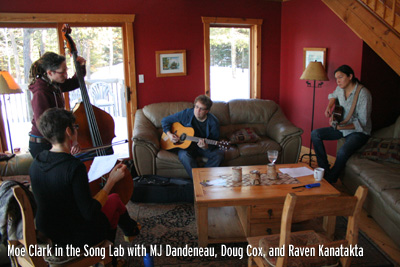 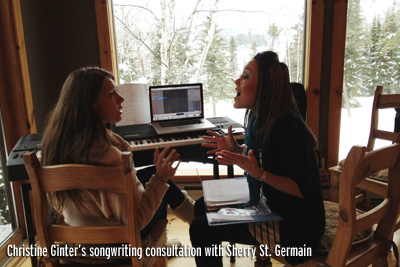 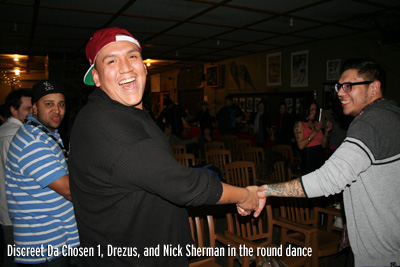 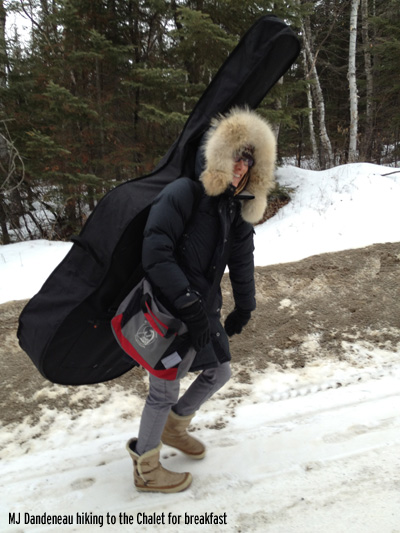 AMP Camp is produced by Manitoba Music and the Canada Council for the Arts. The project ran March 4-9, 2012 at the Falcon Trails Resort in Manitoba.

Manitoba Music would like to acknowledge the financial support of the Canada Council for the Arts, the Manitoba Arts Council, the Foundation Assisting Canadian Talent on Recordings, Manitoba Film & Music, and Manitoba Culture, Heritage and Tourism.