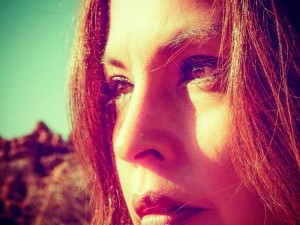 Before the performance at the 2010 Olympics, before the casino shows across the US and before the Juno nomination Tracy Bone was a rez girl growing up on the Keeseekowinin First Nation in western Manitoba.

Today Bone releases her second recording Woman of Red. This follows No Lies (2008), a CD that landed her a 2009 Juno Award nomination and "Songwriter Of The Year" credits at the 2009 Aboriginal People's Choice Music Awards.

Bone also travels across North America giving workshops to youth with, in her words, "a focus on building self-esteem, encouraging healthy relationships, song writing and performing while incorporating the traditional values and our history."