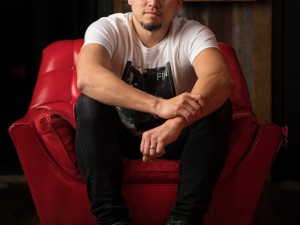 Don Amero has spent the last few weeks adjusting to being a new dad. On Nov. 30th he and his wife Pam welcomed their little man, Oscar Peter Amero, into the world. Don took some time off for a few weeks to rest (When he can) and take care of his little family. He's now back to work gearing up for 5 shows at this years Festival Du Voyageur. He's got 3 shows with his band and will be performing 2 shows as part of Winnipeg's newest super group called Indian City, the brain child of Eagle and Hawk boss Vince Fontaine.

He's also just finished recording a brand new single called 'Turn these gray skys blue', a song he wrote in Nashville with Kris Burgness. The single will be released in just a few short weeks.